Before he ruled Ravka, before he was the Darkling, he was just a lonely boy with an extraordinary gift. In this prequel story to the New York Times-bestselling Grisha Trilogy, Leigh Bardugo takes us into Ravka's mysterious past, when Grisha lived as fugitives and the Darkling took his first steps on the path to power. Discover new territory in the Grishaverse, as well as two chapters from the soon-to-be-released Six of Crows.

THE DEMON IN THE WOOD was one of the short stories I was most anticipating. While I love Leigh Bardugo’s Ravkan folk tales, I’m sure we were all dying to know more about The Darkling!

I think the thing I loved the most about this short story was of course, more information about The Darkling, but also seeing that point in his life where things really started to turn for the worst… We find out quite a few things in the epic conclusion that is RUIN AND RISING, but this delves a little bit more into the story of how he became the way he is and I love that it makes me a little bit more sympathetic to him. All evil villains have to have a reason WHY they’re evil, right?

I really loved the character interaction. I wasn’t quite sure what to expect when I heard that it was a Darkling short story and I felt like the characters featured and what we learned about them was just perfect. I also really enjoyed getting to know more about the origin of the First Army and the order of the Grisha. We know it was something that The Darkling started but didn’t know how the Grisha ended up where they are.

As always, I want more because I just can’t get enough of this world but this short story provided answers and rounded out characters even more than they were. All-around enjoyable and entertaining!


In this third Ravkan folk tale from Leigh Bardugo, a beautiful girl finds that what her father wants for her and what she wants for herself are two different things. It is a companion story to the third book of the Grisha Trilogy, Ruin and Rising, and the stories “The Witch of Duva” and “The Too-Clever Fox.”

LITTLE KNIFE, I think, is my favorite Ravkan folk tale yet. I just loved how it felt like a short fairy tale or a fable and every time I read one of these, I just cannot praise Leigh Bardugo enough for her world building skills. Each tale shows a little history of Ravka and also seem to tie back into the most recent book and I always feel like each one makes Ravka seem more like a real place. These short stories just make it exist.

The Ravkan folk tales don’t allow as much in terms of character development but I feel like you can pluck out lessons here and there that directly correlate to a scene or a situation in the books. A character has learned that lesson or reference that folk lore or been to that place — it really just ties everything back together into one solid world.

If you haven’t read any of these shorts or folk tales, I highly recommend them if you’re a big Grisha fan!


Surrounded by enemies, the once-great nation of Ravka has been torn in two by the Shadow Fold, a swath of near impenetrable darkness crawling with monsters who feast on human flesh. Now its fate may rest on the shoulders of one lonely refugee. Alina Starkov has never been good at anything. But when her regiment is attacked on the Fold and her best friend is brutally injured, Alina reveals a dormant power that saves his life—a power that could be the key to setting her war-ravaged country free. Wrenched from everything she knows, Alina is whisked away to the royal court to be trained as a member of the Grisha, the magical elite led by the mysterious Darkling. Yet nothing in this lavish world is what it seems. With darkness looming and an entire kingdom depending on her untamed power, Alina will have to confront the secrets of the Grisha…and the secrets of her heart.

Once again I find myself singing the praises of high fantasy! I’d seen tons of praise for this book pretty much everywhere and after seeing Leigh Bardugo at Anderson’s Bookshop first on the Fierce Reads tour in June and again at Anderson’s on August 30th (although I actually finished the book before then!), just seeing her personality and hearing her talk about the book and how she came up with it really drove me to get into the story.

I absolutely loved the development of the Grisha and the story behind their history and abilities. It seemed utterly magical but as we learn more about the talents, there’s a little bit of practicality mixed in as well. It was really interesting to learn about and I found it quite unique.

Another thing I really enjoyed is that the romance aspect isn’t overdone. We first learn that Alina has developed a crush on Mal in the very beginning of the book, so that’s something we already know, but since Mal is also her best friend and pretty much only friend, that also makes him so much more to Alina. He’s incredibly important to her and it’s not just a lust factor. As for The Darkling….. well that’s just a pure lust situation!

So yes, I really loved where the story went and I loved how it all came together in the end! Leigh Bardugo’s writing was also extremely enjoyable and I loved the new elements that she brought to the story.

Alina: I didn’t find myself like Alina so much as I could understand her. As an orphan, Alina grew up alone. She’s stubborn, she’s protective, she’s independent; it’s not like I’d want her for my friend but I admire her courage and determination to make the best of herself and the situation she came from. It did get a bit tiresome at first once Alina was figuring out her abilities and once she became part of the Grisha society that she spent most of her time trying not to be noticed and pining for Mal. But then the more I thought about it, the more it made perfect sense. If you’re a person who’s not used to attention, it’s overwhelming when people are constantly praising you, following you around, and giving you special treatment. As a poor orphan, Alina never experienced anything like that before. Even though her ability is extraordinary, it’s now something that has put her in an uncomfortable spotlight and ripped her away from her only family – Mal.
The Darkling: **Mild spoiler alert in The Darkling section (it’s not really a spoiler, but if you want to be kept totally in the dark, skip this part!)** He’s mysterious, he’s sexy, he’s…. old? We find out that due to the nature of The Darkling’s power, it severely enlongates his life. He reveals to Alina that he’s well over 100 years old so um, thanks but no thanks? It’s kind of a TWILIGHT situation here (which somehow I was totally okay with in TWILIGHT but not okay with in SHADOW AND BONE — I don’t know — don’t ask me why). I can understand he looks sexy and he acts sexy, but.. but.. he’s an old man? So yeah, he totally just didn’t appeal to me after I heard that! Had the age not been a factor, we’d have a little bit of a swoon situation going on. After knowing that? Yipes.

This book was sooooo good. I’m SO glad I picked it up and really glad that the Anderson’s even introduced me to it! 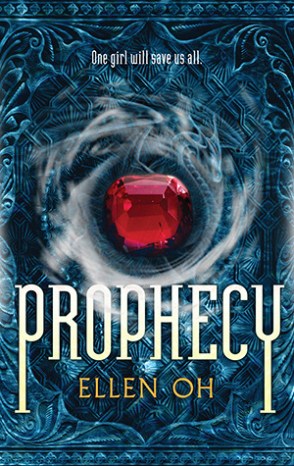