Quentin Coldwater has been cast out of Fillory, the secret magical land of his childhood dreams. With nothing left to lose, he returns to where his story began, the Brakebills Preparatory College of Magic, but he can’t hide from his past, and it’s not long before it comes looking for him.

Along with Plum, a brilliant young undergraduate with a dark secret of her own, Quentin sets out on a crooked path through a magical demimonde of gray magic and desperate characters. But all roads lead back to Fillory, and his new life takes him to old haunts, like Antarctica, and to buried secrets and old friends he thought were lost forever. He uncovers the key to a sorcery masterwork, a spell that could create magical utopia, and a new Fillory--but casting it will set in motion a chain of events that will bring Earth and Fillory crashing together. To save them he will have to risk sacrificing everything.

I have a hard time with endings so this was a little bittersweet! I enjoyed the first half of the book a lot more with the set-up but I actually appreciated how well the beginning set up the ending without the reader knowing it. I always really love when authors have everything come full circle and this book did that for the book itself and also for the series. It really shows how well an author can craft plot and really know where the series it headed right from the beginning.

I actually also really appreciated that we get to see exactly why Quentin is the main character of this series. Up until 75% of the way through the final book, it still seemed like this series could have been about Julia or even Eliot or Janet, but we finally get to see in the end why this is Quentin’s story and what made this so magical and a perfect fit for him, so I’m really glad we got to that point! It’s interesting to see how the series follows all of the main characters but then how the focus really comes back to Quentin in the end.

It was quite interesting starting the TV show after this book and having finished the whole series. Obviously this review isn’t about the show, but watching something that’s inspired by the series and doesn’t follow the exact storyline also gave me more appreciation for how things wrapped up in the end and put things into perspective. The show really focuses on all of the characters and since I read the series, I already have that feeling that Quentin is the main focus but he’s really not in the show — it’s everyone. Actually, I guess the series really still spotlights Julia, Eliot, and Janet (who is Margo in the TV show) and they have their own stories as well but it’s just so interesting to note the similarities and differences.

The TV show was actually the inspiration for me to read this series (so I could watch the show) but there was something that I really connected with in terms of the whole feel here. I wouldn’t say it’s one of my all-time favorite series but there really is something that tugs at my feelings and it has that sort of obsession quality, so even though it’s not the greatest and best, I still have so much love for it!

Kept Me Hooked On: Adult fantasy that’s not high fantasy. Is this low fantasy? Urban fantasy? What do you call it? I’m horrible with genres like that. But I loved that this was magical and fantastical but it wasn’t a WHOLE fantasy world. It has that sort of Harry Potter feel that takes you away to a magical land but the real world is still there, and I really loved it in an adult setting instead of children’s or YA.
Left Me Wanting More: Character interaction. I’m actually thinking back on this having read it months ago but I feel like I wished the characters had been together a little bit more for some of their timelines… But there were other character reunions that I also loved!

I just really enjoyed this series and the TV show honestly made it even better. They’re different but really great in their own ways and I loved the original story of The Magicians. 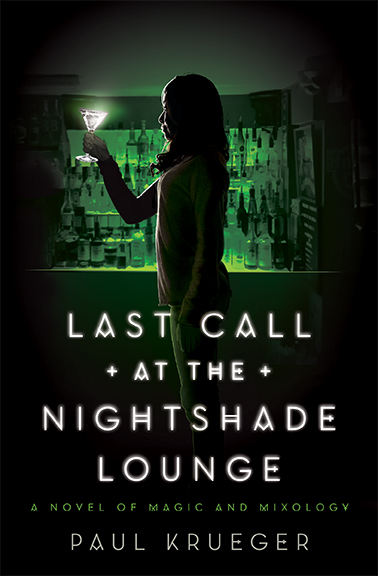