On her way to a writer’s conference, a bestselling teenage author takes a detour that has been deliberately set up by her biggest fans—a mother and daughter who kidnap her.
Livvy Flynn is a big deal—she’s a New York Times-bestselling author whose YA fiction has sold all over the world. She’s rich, she’s famous, she’s gorgeous, and she’s full of herself.
When she’s invited to an A-list writer’s conference, she decides to accept so she can have some time to herself. She’s on a tight deadline for her next book, and she has no intention of socializing with the other industry people at the conference.
And then she hits the detour. Before she knows it, her brand new car is wrecked, she’s hurt, and she’s tied to a bed in a nondescript shack in the middle of nowhere. A woman and her apparently manic daughter have kidnapped her. And they have no intention of letting her go.

There’s good news and bad news to this review: the bad news is that it was supposed to be a video review but when I went to go edit it, I found out that the video was very choppy and frozen in several spots while the audio played on. The good news is that it wasn’t a flattering angle of me anyway but more importantly, the audio was salvageable. I supposed my first video review isn’t a horrible flop and we just have to roll with the punches! You’ll just have to listen and be without the image of my smiling face. Lesson learned and hopefully you’ll have a new video from me sometime in the future!

Livvy // Character Obsessions: Writing, her boyfriend, escaping.
As stated in my review, I really liked that Livvy wasn’t really a likable person at first and the book showed that she has many different sides. There’s a reason why she’s so guarded and at times she is still a bit shallow but I think she does a lot of growing up. She got everything she wanted when she was just a teenager and she still is a teenager so it’s constant growing and adjustment.

Kept Me Hooked On: Quick thrillers. I appreciated that this book was just over 200 pages! I felt like I was constantly tearing through it to see how it all ended and it was nice to wrap up the mystery so quickly.
Left Me Wanting More: Personality. Woo boy, those kidnappers were creepy. I almost wish I had learned a bit more about them and a bit more about Livvy too. The reader does learn a lot of Livvy’s story but I would have loved to see a bit more personality from everyone.

If you like thrillers, I think this one’s worth the read! It was quick, fun, and had me on the edge of my seat. 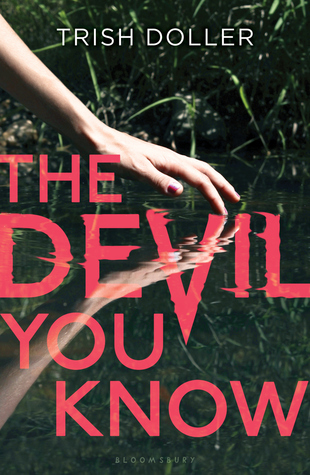 The Rules for Breaking (The Rules For Disappearing #2) – Ashley Elston