In the heart of Trenton, N.J., a killer is out to make sure someone gets his just desserts.
Larry Virgil skipped out on his latest court date after he was arrested for hijacking an eighteen-wheeler full of premium bourbon. Fortunately for bounty hunter Stephanie Plum, Larry is just stupid enough to attempt almost the exact same crime again. Only this time he flees the scene, leaving behind a freezer truck loaded with Bogart ice cream and a dead body—frozen solid and covered in chocolate and chopped pecans.
As fate would have it, Stephanie’s mentor and occasional employer, Ranger, needs her to go undercover at the Bogart factory to find out who’s putting their employees on ice and sabotaging the business. It’s going to be hard for Stephanie to keep her hands off all that ice cream, and even harder for her to keep her hands off Ranger. It’s also going to be hard to explain to Trenton’s hottest cop, Joe Morelli, why she is spending late nights with Ranger, late nights with Lula and Randy Briggs—who are naked and afraid—and late nights keeping tabs on Grandma Mazur and her new fella. Stephanie Plum has a lot on her plate, but for a girl who claims to have “virtually no marketable skills,” these are the kinds of sweet assignments she does best.

** Mini-review for TURBO TWENTY-THREE… because once you review one Stephanie Plum book, you sort of review them all! **

TURBO TWENTY-THREE was another quick, easy, and fun Stephanie Plum novel! I really appreciate that Janet Evanovich has taken these books a little bit back into the realm of the plausible instead of monkeys-acting-like-humans. Of course, they’re still a little wacky because that is the way of Plum but at least it’s on a believable side again!

This book was a lot of fun, actually. I enjoyed the warring ice cream factory concept and it was funny watching Stephanie try to infiltrate each one, learn the feuds behind the two, and the many different ways to get in trouble in an ice cream factory.

We sort of went backwards again with the love triangle and SIGH. I was so excited to see progress in one direction and now it’s back in the middle. It could be worse because there have been worse love triangles in cozy mysteries that still also haven’t resolved and at least I like Ranger and Morelli both… But it’s been twenty-three books! I’m ready for some resolution on the love triangle thing. I’m getting a bit tired of talking about it but such is life and being a reader of this series!

I do like that I’m really rarely guess the answer to the mysteries! I guess I probably could guess a few if I tried but I love listening to these books on audio because they’re so short and fun and easy to listen to while doing other things. I love zoning out and flowing with these books and it’s great to have a lighter audio!

Kept Me Hooked On: Ranger. I’m personally Team Morelli in terms of settling down… but darn it, I do still love Ranger. How did I get hooked in a love triangle?
Left Me Wanting More: Commitment. Come onnnn, just choose already!

If you’re a fan, keep on going! I do like that things aren’t so silly anymore and hey, they may be all kind of the same but I still enjoy them all the time! 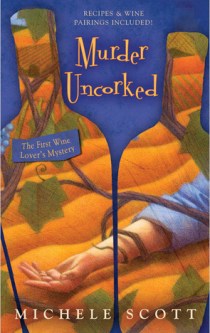