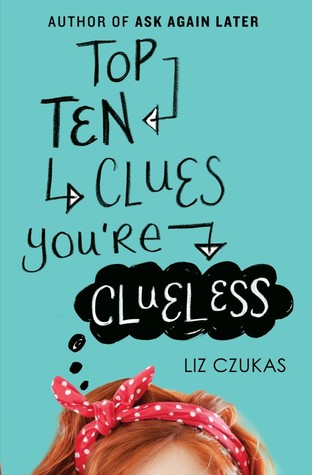 I am getting married, TOMORROW, people! THIS IS NOT A DRILL. But no, really, I’m extremely excited! I’m really glad to be done with wedding planning because, WHEW, that’s no joke. (And I totally didn’t believe how much work that would be.) It’s been a lot of fun planning my wedding but it’s had its ups and downs and mostly? I’m just exhausted! I’m ready for the big day and spending time with our closest friends and family. I cannot WAIT to share pictures with you too!

I realized the other day that I don’t think I’ve ever written much about my relationship with Shane on my blog and really that’s because I just haven’t written a lot of personal posts. I love keeping it mostly bookish but now that I’ve been blogging for over two years, I’ve gotten to know a lot of my blogging friends really well, even if I haven’t met most of them in person! So today, on the eve of our wedding day, I wanted to share some fun facts about Brittany and Shane!

thankfully someone took a picture on the night we met!

I can’t wait to show you all of the wedding pictures when the honeymoon is over!!! Thank you so much for all of your wonderful love and support throughout the wedding planning process and I can’t thank you enough for all of your warm wedding wishes! <333 I wish I could invite so many blogging friends to the wedding but 200 friends and family was already pushing it 😉 But I do thank you for being there for me as a community when I needed to vent or someone to shout out wedding questions to. The blogging community is a big part of my life and even if you don’t realize it, you helped me plan this wedding too!

My wedding-themed book of choice is THE BRIDE WORE SIZE 12 by Meg Cabot. This is a special book for me in many ways… One is that I started reading the Heather Wells series quite a few years ago because they were some of her favorite books and this series is one of the ones that really got me back into reading again. It’s wedding themed because Heather Wells is getting married and I was THRILLED. It’s a bit of a spoiler if you haven’t read the series yet, I suppose, but you can jump to your own conclusions anyway! It’s also special because I was reading it on my Kindle when Shane and I were in downtown Chicago for the Redbull Flugtag event. I mean, the fact that we were there for Flugtag has nothing to do with it but I can remember where and when I was reading it and the fact that Shane was there and letting me be happy reading instead of just standing around haha. So okay, it’s really not significant at all but somehow it is!

The Heather Wells books are just plain fun and if you’re looking for a light and fluffy adult series, I highly recommend this one! I also hope Meg Cabot writes more because I need to find out what happens AFTER this wedding!

This was wedding central by our front door! Everything that needed to go to the hall + bridesmaid and groomsmen gifts!

I had a bit of a hard time finding a wedding themed beer…? We actually made some beer FOR our wedding but I already featured a homebrew for fall so I didn’t want to bore you with more label-less bottles because what’s the fun in that if you can’t try it? Anyway… I found a beer at Binny’s called Gatecrasher and let’s hope we don’t have any crashers at our wedding! (I actually wouldn’t mind if they were friends who came just for the reception, but no ACTUAL wedding crashers.) Have you ever thought of how hard it is to crash a wedding? That thing would have to be HUGE. I mean, I don’t know ALL of Shane’s family because he has a lot of out-of-town relatives but he knows almost all of mine. I think it’d be very hard to sneak in weddings and go unnoticed!

Anyway. The beer is an IPA and even though I’ve been avoiding the overly hoppy beers, this one actually was not super hoppy. I really enjoyed it! It was a smooth, easy drinker and I actually really enjoyed it! I always like drinking local beers too (this one is from Temperance Beer Co in Evanston, IL) and I also think local beers always taste fresher!