For Cricket Thompson, a summer like this one will change everything. A summer spent on Nantucket with her best friend, Jules Clayton, and the indomitable Clayton family. A summer when she’ll make the almost unattainable Jay Logan hers. A summer to surpass all dreams.
Some of this turns out to be true. Some of it doesn’t.
When Jules and her family suffer a devastating tragedy that forces the girls apart, Jules becomes a stranger whom Cricket wonders whether she ever really knew. And instead of lying on the beach working on her caramel-colored tan, Cricket is making beds and cleaning bathrooms to support herself in paradise for the summer.
But it’s the things Cricket hadn’t counted on--most of all, falling hard for someone who should be completely off-limits--that turn her dreams into an exhilarating, bittersweet reality.
A beautiful future is within her grasp, and Cricket must find the grace to embrace it. If she does, her life could be the perfect shade of Nantucket blue.

NANTUCKET BLUE was the perfect, easy breezy summer read. (Well, technicalities since it’s only spring, but you know what I mean.) I felt like the book was so easy to read and it just flowed so well. The chapters were short and concise so I never felt bogged down with lengthy passages, the setting was — of course — Nantucket, so we’re dealing with a fun beach down (despite Cricket’s personal hardships), and Cricket’s narration is easy to follow.

Did it ‘wow’ me? No. But in a weird way, that was the beauty of the book. Cricket faces some serious issues with family, friendships, and relationships, but even though these big issues were present (death, divorce, sex), the way the book was put together was never an overwhelming mess of feelings for me. I still really got into Cricket’s story but the issues didn’t take over the book.

I felt like the romance kind of sneaks up on the reader in NANTUCKET BLUE and at first I was scared we weren’t going to have a romance, leading me to think, “Well what kind of contemporary is this, anyway!?” BUT it just takes a while to get there. Once it starts to develop, it’s so incredibly natural that I was glad it wasn’t forced in the beginning.
Okay, I really want to talk about this so VERY MILD SPOILER ALERT REGARDING THE ROMANCE…
View Spoiler »I really loved how Leila Howard wasn’t afraid of the age difference and that being that Cricket was older than her love interest. « Hide Spoiler I didn’t want to talk about details since the romance doesn’t develop until later in the story so in case you want to be surprised (because it does give away hints about the romance)… There you go!

The secondary characters were also impressive to me. I felt like they really came alive in this story and every character really felt real. No one felt like a caricature of a person or that it was close but not quite believable — All of the characters really felt like real people and I really think that’s part of what made the book so easy to read. I got lost in the story and its perfect imperfections. Another thing I really liked was that not ALL of the loose ends were tied up. Don’t worry — It’s still a very neat ending and you won’t be left hanging, but we do see that life is messy and not all of the big issues can be resolved in 300 pages. I was left feeling hope for Cricket and her future but I liked that there were some things that were left out there and weren’t forced into getting resolved just to be resolved by the end of the book.

If you’re looking for a light yet serious summer contemporary romance, then this is the book for you! I’d definitely recommend it for a beachy read or for a nice, spring day!

Cricket: I wasn’t sure if Cricket was her real name but for those of you wondering, yep, it is! (Which I also liked and was happy that it didn’t fall under my “weird name” pet peeve in this specific case…) Cricket seemed like a pretty normal teenager and I really enjoyed seeing her journey to her first real relationship and her first love as well as how she handled responsibility and a big friendship fight.
Jules: Wow, Jules really took a turn in this book and fast. It’s no secret (since it’s in the description and is a big part of the book) that Cricket & Jules end up in a major fight. When Jules goes through a major life change, she pushes Cricket away instead of leaning on her best friend to help her through it. It’s a classic case of not handling it well (which, yeah, she went through something terrible so I can understand how hard it is…) and the friendship between Cricket & Jules really suffers. Even through that I found myself wanting to like Jules. I was bargaining with myself (not unlike Cricket) that she was going through a rough time and reassuring myself that don’t worry — she’ll come around… She’ll come around. It was painful to watch that friendship instantly deteriorate before your eyes and even after the book is finished, I’m still not sure if I personally forgive Jules or not! It’s definitely a very complicated part of this book.
Zack: Zack is Jules’ brother and immediately I loved him. He’s got a calm, easy-going attitude and I knew I would like him from the start. He didn’t disappoint me in the middle or end either and I can honestly say he was my favorite character!
Jay: Jay is Cricket’s biiiiig crush and he sounds like a total cutie. I liked that even though he seems like he’s pegged as one of the popular kids, he never seemed cocky or boastful. He was actually a likable character for me and although it got a bit rocky, I still like how he handled things in the very end!

After letting this one sit for a while, it really, really grew on me. I felt all the feelings coming back whenever I thought about it! Definitely one you might want to re-read. 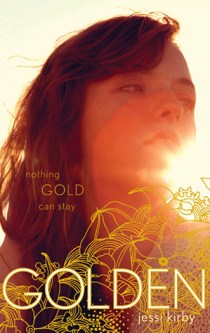 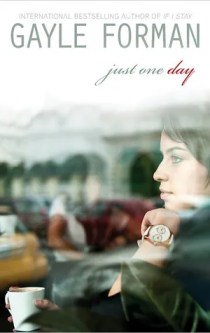