Everyone thinks Sophie’s sister, Nell, went crazy. After all, she heard strange voices that drove her to commit suicide. But Sophie doesn’t believe that Nell would take her own life, and she’s convinced that Nell’s doctor knows more than he’s letting on.
As Sophie starts to piece together Nell’s last days, every lead ends in a web of lies. And the deeper Sophie digs, the more danger she’s in—because now she’s hearing the same haunting whispers. Sophie’s starting to think she’s going crazy too. Or worse, that maybe she’s not…

I’m not usually one for creepy-type books because let’s face it. I’m a scaredy cat and I’m willing to admit it! THE MURMURINGS, however, seemed really interesting and I was willing to be a little creeped out in a good way. It seemed like part paranormal, part psychological thriller and I was definitely interested in getting my hands on it! After reading though… I was pretty disappointed. I’ve seen a lot of mixed reviews for THE MURMURINGS and now I understand why. I think some people will find the concept delightfully creepy, but others (like me) will feel like although it was an interesting idea, the pacing and the follow-through of the concept fall flat as well as some characters that I didn’t feel were developed enough.

I was less than a quarter of the way through the book when already I felt like too many plot points had just been given to the audience instead of being drawn out and suspenseful. Then things I didn’t think needed to be drawn out went on for several chapters. I felt like Nell’s diary entries really slowed down the pacing of the book instead of adding extra mystery and bringing some of her personality to the book. Even with horrifying scenes that involve SEEING THINGS IN MIRRORS THAT AREN’T THERE (WTF… My worst nightmare come true), I actually didn’t find myself being creeped out and I totally should have. Too many aspects of the ghostly happenings (mostly the way Nell died) seemed too unrealistic to me. In order to scare me like it should have, I should have felt like this was real and any of it could happen to me. I felt like it was juuust outside of believable and unfortunately it kind of killed the whole feel of the book for me.

I never connected with the characters in the book either. Sophie was okay but her personality didn’t really stand out to me. The only times she really caught my attention was when she was being sarcastic and I was amused by her snark, but other than that, she was a little flat for me. I also felt like her character wasn’t consistent and her actions were contradictory, and not in a growing & changing way. She jumped back and forth between being fearless and being fearful, compliant and obstinate, skeptical and trusting – It didn’t really seem to create a clear picture of who she was. I wasn’t a fan of the secondary characters either. I was very skeptical of Evan the whole time and at the VERY beginning he seemed so unreal that I almost thought he was a manifestation of Sophie’s schizophrenia. (I guess that was my almost Psych minor wanting to see something that wasn’t there, ironically enough…)

Sophie: Sophie felt rather undeveloped – or better yet, she felt too scattered. I think there were a lot of things that Sophie was supposed to be, but it was too many ideas trying to come together in one character and it created a bit of confusion for me as a reader. Her actions seemed to fit what the scene wanted them to be rather than letting her character guide her own decisions. She just didn’t seem real to me.
Evan: Why do they always have to be football players? I get so frustrated how many of the love interests have to be football players and it was totally an unnecessary element of this book. Sigh. Anyway… I was always a little skeptical of him being a legit friend/love interest for Sophie, but I guess I was just making it up in my head!
All of the other characters: I wished the secondary characters were more developed. I think that could have added so much depth to the story. I felt like everyone else was just kind of there because they needed to be there for the plot instead of really adding something interesting to the story/having their own story to tell.

Meh. Pass. It was kind of hard for me to get through so I won’t really be recommending it to anyone else! 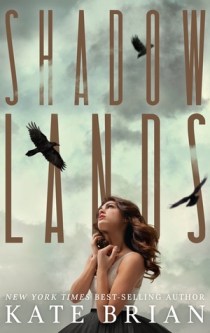