Cinder, the cyborg mechanic, returns in the second thrilling installment of the bestselling Lunar Chronicles. She's trying to break out of prison--even though if she succeeds, she'll be the Commonwealth's most wanted fugitive. Halfway around the world, Scarlet Benoit's grandmother is missing. It turns out there are many things Scarlet doesn't know about her grandmother or the grave danger she has lived in her whole life. When Scarlet encounters Wolf, a street fighter who may have information as to her grandmother's whereabouts, she is loath to trust this stranger, but is inexplicably drawn to him, and he to her. As Scarlet and Wolf unravel one mystery, they encounter another when they meet Cinder. Now, all of them must stay one step ahead of the vicious Lunar Queen Levana, who will do anything for the handsome Prince Kai to become her husband, her king, her prisoner.

There has been some serious love for SCARLET out in the blogging world so I’ll admit that I felt a bit of pressure before I started the second installment of The Lunar Chronicles to feel that same amount of love and intensity for this book… What in the world was I worried about!? SCARLET proved to be just as amazing if not better than CINDER.

So SCARLET, as you may know, loosely follows along as a retelling of Little Red Riding Hood whereas as Cinder was obviously Cinderella… With the two girls on opposite sides of the world and seemingly unrelated stories (how exactly do Cinderella and Little Red Riding Hood go together…?), I was a bit nervous as to how these two stories would come together to create amazing book harmony. Even though I was thoroughly enjoying Scarlet’s story (and Wolf. WOLF! More on him later…) AND catching up on what’s been happening with Cinder, I still had a small sliver of doubt. Well, if you haven’t read the book yet, I will tell you DO NOT FEAR. Marissa Meyer knows EXACTLY what she’s doing, friends, and she succeeds at bringing these worlds together in the most amazing ways. You know I won’t give anything away, but let’s just say that there are some “OMG” moments and some kick-ass twists and turns that totally knocked me off my feet.

These are loose retellings so it’s not like Cinder ends up as Scarlet’s grandmother or the wolf or anything. Oh, no. Marissa Meyer has her own plot entirely which is fascinating as well as grossly entertaining. I absolutely love how I never lost the feeling of the original characters and general plot from the fairy tales, but The Lunar Chronicles is also incredibly unique in the way that Marissa Meyer has these characters come to life and creates her own unique story. She does some amazing world building with really what I would call a dystopian world and maintaining a sci-fi aspect with the Lunars and the cyborgs that I think most non-sci-fi people will enjoy!

The new characters additions to this series were also incredibly enjoyable! We meet new people who fit into the Little Red Riding Hood part of the story: Scarlet, her grandmother, and Wolf. There’s also Cadet (I mean, Captain) Thorne who if you’ve read Siege and Storm by Leigh Bardugo, I would TOTALLY liken him to a Sturmhond. He was funny, sarcastic, and a great partner in crime for many of Cinder’s misadventures. I loved him as a sort of comic relief for Cinder since she’s got SO much seriousness going on in her world.

If you loved CINDER, you’ll love SCARLET, no doubt about it. Personally, I loved SCARLET even more! Like I fear with so many sequels, adding in Scarlet’s story line really took nothing away from Cinder’s and just added so much more to it and the overall plot of the series. Marissa Meyer sure knows how to build a series by letting the big picture unravel slowly and evenly throughout the books but still keeping us wildly entertained and feeling satisfied at the end of each one. There were so many more things revealed in SCARLET that added to the overall plot that the fire for the love of this series keeps on burning and has fans of The Lunar Chronicles begging for more! CRESS is a highly anticipated read for many in 2014 and I know I will be most impatiently waiting until I can get my hands on it!

Scarlet: Scarlet Beniot becomes a main focus and she may have even more fire than Cinder does… She’s a no-nonsense girl and I loved seeing her take charge as well as standing up for herself and her friends. She’s fiercely loyal to those she loves and it was nice to see still a strong character like Cinder is, but also strong in different ways.

Wolf: Wolf is another new addition to this series and my friends did not let me down when they said I would be swooning for him! I guess you could say he’s sort of a broody character because he’s got a lot of things hidden beneath the surface that you know make him emotional as well as fierce. You can tell there are so many layers to his character — what seems menacing may be innocent… What seems harmless may have a secret meaning… I think it’s definitely a little sense of mystery that had me falling under Wolf’s spell!
Thorne: Thorne is actually a new character in Cinder’s plot line before her story meets with up Scarlet. He’s actually a fellow prisoner and ends up becoming an accomplice & ally. His comic relief was perfect for the Cinder plot line because let’s face it… Cinder has a lot of STUFF going on. Thorne brought a bit of lightness back to Cinder’s world and their banter back and forth was hilarious! I actually compared him a bit to Han Solo because I know Marissa Meyer was influenced by Star Wars (and actually I couldn’t STOP seeing Star Wars parallels!) so then through a little encouragement from Alyssa, I ended up tweeting Marissa Meyer and well… Maybe I wasn’t seeing things after all! 🙂

Ugh, I just loved this book. It was SO great. Such a fantastic follow-up to CINDER and I love how it built upon the existing story and also started its own. 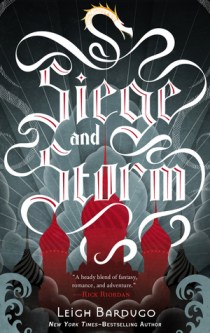 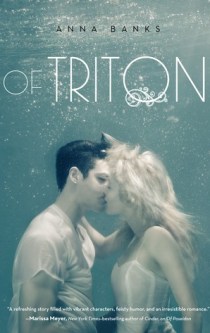