In private, seventeen-year-old Brandon hacks bank accounts just for the thrill of it. In public, he looks like any other tattooed bad boy with a fast car and devil-may-care attitude. He should know: he’s worked hard to maintain that façade. With inattentive parents who move constantly from city to city, he’s learned not to get tangled up in things like friends and relationships. So he’ll just keep living like a machine, all gears and wires.
Then two things shatter his carefully-built image: Emma, the kind, stubborn girl who insists on looking beneath the surface – and the small matter of a mirror reflection that starts moving by itself. Not only does Brandon’s reflection have a mind of its own, but it seems to be grooming him for something—washing the dye from his hair, yanking out his piercings, swapping his black shirts for … pastels. Then it tells him: it thinks it can live his life better, and it’s preparing to trade places.
And when it pulls Brandon through the looking-glass, not only will he need all his ill-gotten hacking skills to escape, but he’s going to have to face some hard truths about who he’s become. Otherwise he’ll be stuck in a digital hell until he’s old and gray, and no one will even know he's gone.

DUPLICITY was a really interesting concept and really unlike nearly anything else that I’ve read before! As a synopsis avoider, I mostly remembered that main character Brandon was a hacker and that he was somehow being replaced by a “double” but really wasn’t entirely sure what all of that meant! The more I got into the book, the more I realized how much more sci-fi it was than I had anticipated and how unique this book truly was! Regardless of what the content was, I knew I wanted to listen to the audiobook because MacLeod Andrews, one of my all-time favorite voice actors, narrated this one so thank you to Brilliance Audio for sending me a copy to listen to/review!

I think the main thing that stuck out for me in DUPLICITY was the creativity of the concept of “The Program” (we’ll get to that one later) and Brandon’s double. I actually went into this expecting much more contemporary thriller than sci-fi thriller (I was thinking something along the lines of The Net where Sandra Bullock is essentially “replaced” in the real world by someone stealing her identity after she stumbles upon a conspiracy) so I was kind of surprised to see how much more this leaned to a science-fiction aspect. Once I got a grip on that, it was really interesting to see how this world and concept was laid out and what exactly this meant for Brandon. It was quite creative and a really interesting idea! I sometimes had a hard time really understanding the ins and outs of The Program and the true details of how it functioned but that could also just be some computer things going over my head. I know computer basics but nothing really on such a technical level!

DUPLICITY was a fun concept but didn’t quite pan out for me. The whole Brandon duplicate and the idea of traveling from the real world to The Program’s system seemed a bit unrealistic for me and I couldn’t quite grasp that as a real concept. It really was explained through science so I appreciated that and that it wasn’t just “magic with mirrors” but it did feel off until we got to that explanation which didn’t quite feel fully satisfying. I also felt like the set-up to even get to that point took a while. There was a lot of time in Brandon’s normal world as “Other Brandon” slowly started changing things but for some reason that transition before the “change” seemed to take a while for me. I really just wasn’t as engaged as I had hoped and that may be because my expectations were a bit too different from what the book turned out to be.

I did really enjoy getting to know Brandon and witness his changes as he goes through this whole ordeal. Brandon starts off as a surly and slightly rebellious teen and I really enjoyed that his whole personality wasn’t lost as the book progressed. Obviously in any book, you want to see that surly teen grow up a little bit and start to respect his family and friends a bit more, along with really learning a lesson and even respecting and appreciating their own life more so it’s no spoiler to say that Brandon does go through some changes by the book’s end. What I loved was that he doesn’t turn into “Other Brandon” who’s overly responsible to the point of sucking up and who ends up being super preppy when normal Brandon opts for leather bands, punk rock tees, and tattoos. He grows up in his own way to be a bit of a better person but doesn’t abandon his own likes for conformity so I really appreciate that.

The supporting cast wasn’t as dynamic for me, though. I suppose we don’t spend as much time with them but you don’t really get to see anyone’s personality aside from a stereotype: workaholic parents, super-sweet popular girl, annoying ex-girlfriend, etc. The only other personality we really do get to know aside from Brandon is his new friend Seb who he meets once inside “the system”. I loved their friendship, even though Brandon was incredibly reluctant at first, and how they really ended up working together and getting along.

DUPLICITY was quite a mixed bag for me and sadly I just wasn’t as engaged throughout as I had hoped I would be. I think the hacker/computer/sci-fi aspect threw me a bit and things took a more surreal turn than I really anticipated. I feel like I didn’t quite get there with my connection to the book but it was really such an interesting and unique concept, something that I really haven’t read anywhere else!

MacLeod Andrews was the narrator for this book and one of the main reasons why I requested it! I absolutely adore his voice and his narration and he can really bring any character to life. It’s funny — after you listen to someone’s narrations of so many books, you’d think you wouldn’t be able to separate a voice from a character. In some ways, you do tend to hear the same voices for some characters because there are only so many voices a human can do but it’s the way that they portray a character that really brings them to life — It is voice acting. MacLeod Andrews always does an amazing job at bringing personality to each character and really making me feel like I’m IN the story. I become so invested because the character sounds so invested and his narration really just pulls me into the books. I always recommend his narration no matter the book because he just does a fantastic job!

Brandon // Character Obsessions: Hacking, piercings, tattoos, rebelling, Emma.
I really appreciated watching Brandon grow up and learn some lessons throughout the book. I always love a bad boy with a soft spot so it was so heart-warming to see how he changed by the end of the book and how much he grew. The only bad thing is sometimes it’s hard for me to get attached to someone who has a blatant disregard (I mean, it could have been worse but still) for others, even if he does shake it off, so that was a bit hard to get past at first.
Emma // Character Obsessions: Friendship, school, psychology.
Now that I’m stopping to think about it, I actually feel like Emma was a pretty disappointing character for me. She was the quintessential popular good girl and I think maybe a bit too goody-goody for me. I think she just fell into too much of a stereotype and I didn’t really see what was so special about her or why Brandon was really so interested. I didn’t really see her personality shine at all.

Kept Me Hooked On: Computer-based sci-fi concepts. I haven’t really read a lot of tech sci-fi that’s so related to computers/hacking, etc. It was really need to see this whole idea and how it all played out!
Left Me Wanting More: Believablity. I think ultimately what lost me was the whole mirror thing. It’s a concept usually used in horror/paranormal books (or that’s where I usually see it) so using it as a sci-fi aspect, although explained, really kind of lost me. It seemed a bit too too fantastical and even though there was an explanation for it, I just wasn’t buying it.

I really can’t tell if the disconnect that I experienced was largely due to my expectations or if that would have been there anyway. I wished I had connected a bit more to the entire concept but I did love the originality of the book overall! 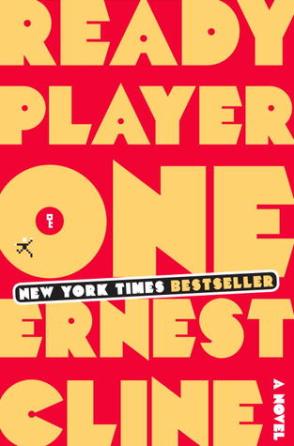 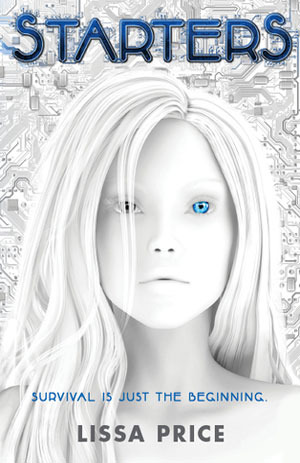